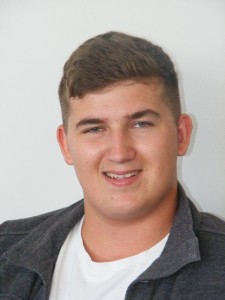 When I first found out about the opportunities the CEIL provided, I realised that through enrichment I could do something that would really benefit me and prepare for life after leaving this school, which was soon approaching. In October 2013, I joined the CEIL and was told to settle in and look around, and I was amazed by the facilities, as I had only been up here once for a tour that was cut short due to a busy schedule. I was told I could study up here, and that I would be given the opportunity to become an intern if I wanted to do this for enrichment. At first I was a little hesitant as I had just started my courses and was having difficulty adjusting to them, but I decided I would, as I knew that this internship would develop me, not just as student, but as person, because I would be given a lot of independence and would also have to work on my weaker skills, especially my laid back attitude and confidence. This internship would mean becoming a better leader, and telling people to do things, which I usually didn’t like to do.
During the first few weeks of my internship I got used to the place and being here an hour a week, as well as studying hard on my new subjects. I was then told I was due a 1:1 with the Centres director, Marcel Ciantar. He had been studying my personality to find my strong and weak points, such as my lack of confidence when speaking to people I didn’t know and how, although I was enthusiastic about the CEIL, I didn’t look like it. Hence, Marcel put me in situations where I had to be confident and look happy and charming, such as working with a stranger to make presentations with future sixth formers, describing what the CEIL’s main aim was: To prepare students for leaving school so that they can be picked for the jobs they apply for by making them as professional as possible. We had to give 6 presentations and make a power point whilst using an interactive display and involving the groups we were talking to. At first I was nervous and dreading it, but towards the end I felt a lot more relaxed and comfortable with presenting in front of people I barely knew. This was an important moment for me, and made me realise that within a month of joining the CEIL I was becoming a different person, but most importantly I was becoming an opportunity seeker.
A few weeks later I participated in the sixth form open evening, as I knew this would increase my confidence even further, and also help me with speaking to older people and conversing without it being awkward. I was to be at the college at 6, then take tour groups up to the CEIL, not just to show them the area, but to show all the area’s leading up to it as well, like the resources area and study rooms. I answered any questions the students or parents wanted to ask, and was very polite, so I felt that my people skills improved a lot more because of this experience as I was dealing with different types of people.
After this I was offered a place in the Centre of Excellence Ambassadors, whose job it was to advertise the CEIL to non-interns, which would hopefully lead to more people realising the opportunities the Centre of Excellence provides, as well as giving me experience in event planning and hosting, as well as using media to interest people. I joined the already active group in a meeting, at was introduced to all the people in it and started thinking of possibilities. After planning it out, we decided to host a quiz in the costa café. We talked to the principal of sixth form and head of enrichment to find a date when we could do it, and talked to the operation managers about funding, and then we held the event, providing food and prizes from the funding we were provided. People turned up in groups and the event was a success.
After this exams started, and once they had finished, members left sixth form as they were about to start university, so I became a lead figure of the CEA, and still working with the members who were staying for another year, we began planning out the next year of school, and when would have meetings and some initial ideas of events.
Overall, the Centre of Excellence in Industrial Liaison has helped my CV grow as well as my personality, and has allowed me to mature and talk seriously to people who have never met before, preparing me for life after school, whilst making me more likely to get the job I aspire to have. 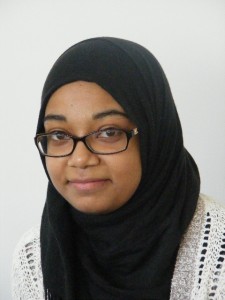 When I first started CEIL, I was shy, lacked confidence and so presented myself in a way that seemed unwilling, opted out of opportunities and was unable to talk to new people. That was a year ago, and now I can say that I’m not so shy. I am able to present myself in a professional ‘can-do’ attitude manner, say yes to opportunities and can talk to new people without stumbling over my words.

One suggestion that was made to me was to join the CEA – CEIL Ambassadors, who co-ordinate the CEIL events. I have to admit; the first meeting I attended I was a bit overwhelmed over the fact that everyone had something to say. And that they were focused. This was because any meeting I had been to before, it was unprepared and ‘made up as they went along’. This experience was different, it was professional. From being with the CEA I have discovered a new skill. As Marcel puts it, ‘acting as glue in a team’ – managing the process of putting ideas together and reaching a practical plan. This new found strength will really help me in my C.V, UCAS personal statement or during an interview. It’s something I can talk about that is related to my chosen career path as my unique selling point. And that is what the CEIL does for you, it helps you discover skills you’ve already got and ‘fine-tune’ it. 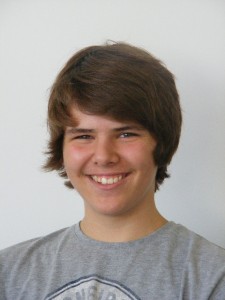 After being an associate intern at the CEIL for 9 months I feel it has helped me develop not only my employment skills but my general social abilities as well. Not only did it provide a great working atmosphere, it gave me a drive and an aspiration to excel in my weaker attributes as an employee and person, limitations that I would not even of identified had I not come up stairs and discussed them with Marcel. From building on my limitations in the CEIL I have learnt many professional lessons. I’ve learnt how to affectively lead a group by being established as the head of finance in the school Kiosk, I’ve learnt how to confidently speak to strangers in a professional way through helping show other schools around the centre and that hard work pays off. I say this as it has influenced my work attitude outside of school, I can clearly see my increase in dedication and confidence in what I’m doing and I’m glad to say so could my boss.
This just goes to show what the centre can do for you in the world of work, how it can help you in not just applying or obtaining a career, but how it can heighten the rest of your working life. It gets you noticed, it gets you dedicated and I know that when I leave I will be leaving with the qualification and experience I need to obtain the job I set my mind to.