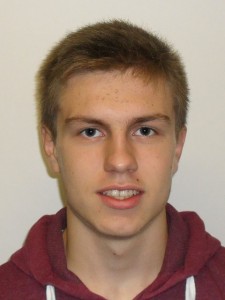 I came from Germany to the UK in the end of September, for an exchange year here in the Budmouth College. In total I’ll have been staying here for 10 months.
As I came here the first day, the other exchange students encouraged me to go up to the CEIL. By that time I didn’t really know what the CEIL was and I thought it was just an area were one could study. But the CEIL staff and also the students introduced me quite quickly and the idea of the CEIL became more and more appealing to me. Within the first 6 weeks of preparation I realized how well the CEIL actually was. By analysing my soft skills, I recognised that the CEIL is all about my future, which made me even more happy. I had many worries about how the life after school would look like and I also worried about being inexperienced in a professional environment. The CEIL offered all this to me, which made me more relaxed. The fact that I haven’t got such an opportunity in Germany, makes me even more proud of being a member of the CEIL now.
After the 6 weeks of preparation, I finally had my one to one with Marcel. This conversation impressed me very much, because Marcel could really tell me, in which areas I had to improve. He also had a really good project for me which would make me work on my fear of criticism and also would give me experience in the areas of profession I would like to go into. He decided to put me in the Marketing Team. By the time of my second one to one he even made me the “Operation Manager”. That meant that I had to be responsible for the time our group had to finish in. This responsibility helped me a lot as well, because there was more pressure on me, which I really needed to experience.
All in all I’m really happy that joined the CEIL. The experience I gained is just invaluable. I suggest every student and especially exchange student to join the CEIL. The things you learn here can definitely help you in your professional life!

2,164 thoughts on “An exchange student in the CEIL”