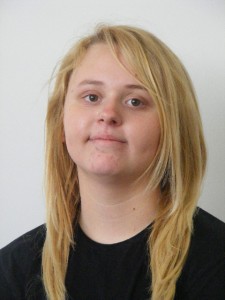 In September 2014 I joined the CEIL as an Associate Intern as part of my Enrichment. I heard about the CEIL when coming to Budmouth for the day before I officially joined the sixth form. At first I thought it was to mainly help build on your CV, but it was when I joined the programme in September that I found out it was much more than that. In the first 6 weeks, I realised that the CEIL tailors to the individual and each programme is unique to the individual. I was a shy, unconfident person who was only comfortable talking to people I am close to and who I know wouldn’t judge me wrong. Though I am still getting over confidence barriers, I can definitely see a change in me as a person. After the initial 6 week starter programme, I had my first 1:1 with Marcel and it hit home how nervous about these sorts of situations I got, and he could see that too. So he assigned me to the Tours team to help build on my confidence. Initially I thought that was a bad idea and though I haven’t given a solo tour myself yet, I am planning to by the end of March/early April which is something I never thought I would do. I have observed a tour given by a fellow Year 13 only last week and the guest wanted to sit us down and question us both. The minute I heard this I felt my stomach drop and the nerves kick in. As I slowly started talking about my aspirations for the future, I could feel myself settle down, and gain confidence. I maintained eye contact and become confident in the words I spoke. It is only when you’re put into these situations that you will ever be able to overcome something, and though at first I wanted to run away from it, I didn’t because I’m not a quitter. So though the programme may not be for everybody, it has helped me develop as a person and I think for those who are really looking to improve on a certain aspect of themselves, the CEIL can really help you achieve that.
Georgie Thomas