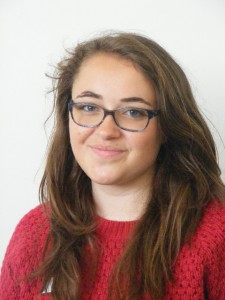 I joined the CEIL in September and so far I think that I am improving on not only myself as a person but on myself for the employment world. I joined the CEIL because I thought that I wasn’t confident enough to go for the jobs that I wanted and I wasn’t pushy enough to get through the process. That was something that I really had to work on and I am still working on it now. I also joined because there is always something that you can improve on yourself even if it is something little.
Since joining the CEIL, I have mostly focussed on my confidence and speaking out my ideas. By being part of the CEA and organising our own event, I have managed to have more confidence to talk about people’s ideas and talk about my own idea’s. My organisation skills came in handy during this period of time. Our job at the moment is to try and get more people to join the CEIL. Another thing that I felt I had to focus on was my research skills. My research skills are not that bad but I really hated sitting down and actually doing the research part of it. I am a very active person who likes to be creative and move about so not being able to do that is tricky. Becoming part of the research team, this helped my urge of getting up and moving about. I can now sit down at a desk and work confidently through case studies. I seemed to lose focus quite quickly when I was working so being able to stick to the same thing for a whole half an hour was good.
The characteristic that was pointed out to me from the start, was that I was a ‘daddy’s girl’. I feel that I have pushed past that characteristic and defeated it. I used to ask a lot of questions which is sometimes a good thing but when these questions aren’t necessary then it starts to become a problem. Having to be independent was the hardest thing for me and it always has been. I have always had someone by my side telling me what to do. Being in the CEA and the research team has really pushed me out of my comfort zone and made me become more independent. I will always have that part of me but it now doesn’t dominate my personality.
I have really enjoyed working with these two different teams. They are so different but so alike in the same way. I think I have really improved since being up at the CEIL and I am really enjoying the experience that I am having. I would encourage as many people as possible to at least try out the program. The CEIL might not seem right for everyone but it’s worth a try. I can say now that I am so glad that I walked up the stairs and joined because it has changed my perspective on everything.